Interview with Mebane Faber, Author of The Ivy Portfolio and Shareholder Yield 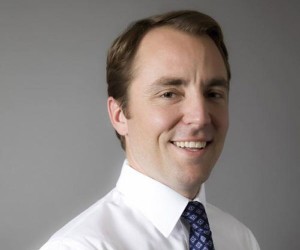 Andy Hagans sits down for an interview with Meb Faber, co-founder of Cambria Investment Management and author of several investing books.

ETF Reference editor in chief Andy Hagans recently interviewed Mebane Faber, co-founder, and chief investment officer of Cambria Investment Management. Besides managing Cambria’s ETFs, Mr. Faber is also a prolific writer, having published four books — The Ivy Portfolio, Shareholder Yield, Global Value, and Global Asset Allocation — as well as blogging at MebFaber.com. This interview was completed over email in May of this year.

Andy Hagans: Let me begin by admitting that I read The Ivy Portfolio when it was first released, and it influenced me a lot, so it’s an honor to interview you now. Many of the trends you cite in the book — for instance, previously hard-to-access, illiquid asset classes becoming newly accessible via novel ETFs — have accelerated in the half-decade since the book’s publishing. Do you believe any of the ideas or tactics detailed in the book need an “update” based on new ETF launches, additional performance data, and so on? Mebane Faber: Thanks for the read! Many of the broad ideas presented are timeless — namely, build a diversified portfolio, understand how your portfolio has performed historically, pay as little in fees and taxes as possible, and stick with it. Many of the instruments used to implement this portfolio have changed, and often for the better. Many of the asset classes in the book are now available as tax-efficient ETFs for very low fees, and even some of the hedge-fund-like strategies are available as liquid funds too.

We look forward to more innovation in the space here for years to come.

Andy Hagans: I tend to recommend target-date funds, or 60/40 “Boglehead”-type portfolios, as being appropriate for most investors; simplicity tends to minimize fees as well as behavioral risk. Do you believe that (relatively) sophisticated global tactical-type strategies are appropriate for most investors? Or are they recommended only for HNW, institutional, or more sophisticated (i.e., behaviorally-disciplined) investors?

Mebane Faber: You are spot on that many of the basic buy and hold portfolios are a great allocation, but you have to be careful as many funds do not construct them properly, in our opinion. A classic example is underweight to foreign assets. We tried to remedy this with our no management fee ETF we launched in December. As far as tactical, we think the biggest benefit to a traditional buy and hold portfolio is a trend component, either through a managed futures allocation or a tactical overlay. But that doesn’t mean a buy and hold portfolio is bad, just that we think you can improve upon it.

Andy Hagans: It can be argued that non-traditional asset classes, such as those cited in The Ivy Portfolio, have risk premia commensurate to their illiquidity. I.e., endowment funds were able to earn alpha because of their extreme time horizons: endowment managers were the only ones who could accept the risk of purchasing such illiquid assets. But many of these asset classes are becoming increasingly liquid due to ETFs and other novel financial products. Should we expect the risk premia for these non-traditional asset classes to decrease going forward due to their increasing liquidity?

Mebane Faber: Well, some strategies that are affected by flows and competition, sure. [But] some strategies likewise can never be commoditized. Private equity is the classic example of an asset class that is unlikely to ever be available in a public forum. You only want to invest in PE firms that are top quartile. Otherwise, you may as well invest in the S&P 500. But those firms are nearly impossible to invest in for the individual investor.

Andy Hagans: Let’s talk about the concepts in your book Shareholder Yield. I agree that a holistic view of shareholder yield — valuing not only dividend yield but also stock buybacks, M&A, debt repayment, etc. — is quite useful. That said, I’m generally a critic of stock buybacks (and many acquisitions) in that I believe a typical CEO compensation package, with a bonus linked to share price, creates a moral hazard. The CEO has a personal incentive — which isn’t aligned with shareholders’ interests — to purchase their company’s stock (or make acquisitions), even at undesirable prices. Shouldn’t investors be more skeptical of CEOs recommending stock buybacks and non-accretive acquisitions and favor executives (companies) who return profits to shareholders directly via dividends? Mebane Faber: Shareholders should be agnostic about how the CEO deploys cash, as long as he deploys it to the highest returning channels. You are correct that, on aggregate, CEOs are terrible at timing buybacks and often follow the market cycle (the same thing happens with M&A). However, you only want the stocks where the CEO is buying back stock where it is cheap. And since we should never count on a CEO to determine that, you should implement screens to pick stocks that are cheap and buying back their own shares. (This is the same reasoning as to why you would not want expensive dividend stocks either.) But ignoring either side of the coin by focusing on dividends or buybacks in isolation is one of the most basic mistakes an investor can make.

Andy Hagans: In my recent interview with Kevin Carter (the founder of EMQQ), he pointed out that U.S. investors — even institutional investors such as Harvard’s endowment — dramatically underweight foreign equities relative to their share of global GDP. Is the idea of global market cap weighting — of which I know you are a proponent — finally moving into the mainstream with advisors and institutional investors? Or will it be another couple of decades before they “get it”?

Mebane Faber: I don’t know how long it will take, but this sort of “home country bias” occurs everywhere. U.S. investors invest mostly in the U.S. (often around 70%), Italians in Italy, and Aussies in Australia. At a minimum, U.S. investors should put half in foreign investments.

Andy Hagans: I confess I haven’t yet read your latest book, Global Asset Allocation. Can you talk about its thesis? Are the concepts in the book evolution of the global tactical approach you recommend in The Ivy Portfolio? Mebane Faber: Shame on you! Well, if anyone wants a free book, we’re happy to send them one. Just type your email in here.

The basic goal was to examine about 15 of the most famous asset allocation strategies as promoted by the top gurus over time. The permanent portfolio, 60/40, the endowment portfolio are all covered. And what we found was quite shocking. The asset allocation mattered much less than how much the investor paid in fees.

We took the best performing strategy, El-Erian, and compared it to the worst, the Permanent Portfolio.

(Note that we are just looking at real absolute returns, not risk-adjusted returns, in which case Permanent will be far higher).

Now, what do you think for the majority of the time? It’s most likely the asset allocation decision, not the fees! This is the key argument we’re trying to make in this book: if you’re going to put money into a buy-and-hold fund, you want to pay as little in overall fees and costs as possible. Mebane Faber: Assets don’t have to be in a bubble for them to be expensive and return very little. We agree U.S. stocks are quite expensive (but not in a bubble) and should return low single digits. However, the good news is that the rest of the world is reasonably priced, with many countries trading at very cheap levels—lots of opportunity outside of our borders.

Disclosure: At the time of writing, the author is long comic books.

Apr 2, 2021Leave a Comment on Interview with Mebane Faber, Author of The Ivy Portfolio and Shareholder YieldBlog